gjo-belgrade[at]tufs.ac.jp
*[at] should be changed to @.

The University of Belgrade was established in 1863 and is the university with longest history in the Republic of Serbia. On the 14th of June 2010, we signed a comprehensive international academic exchange agreement with TUFS after which the active exchange of research and education followed. Due to the fact that we have a Japanese Language and Literature major within the Literature Department, we have been sending students to study at TUFS as foreign exchange students and have had teaching staff from TUFS sent to guide the Japanese language education here at the University of Belgrade.

The Global Japan Office here at Belgrade University will be used as a base to carry out a Joint Education Program between students studying Japanese language education at TUFS and students at Belgrade University Studying Japanese language. Also, by achieving our central role as a base of exchange for Central and Eastern Europe, we believe that we can further advance the expansion of exchange with both Central and Eastern Europe. 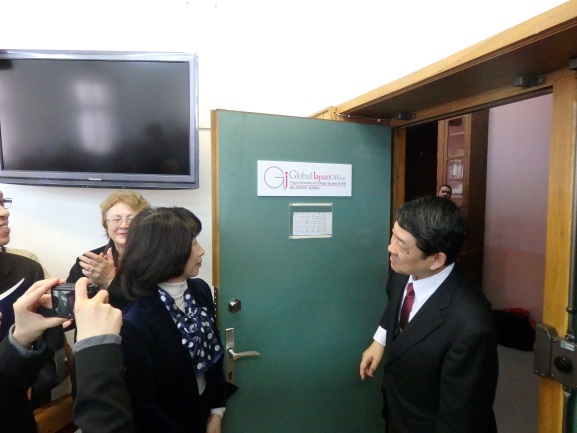