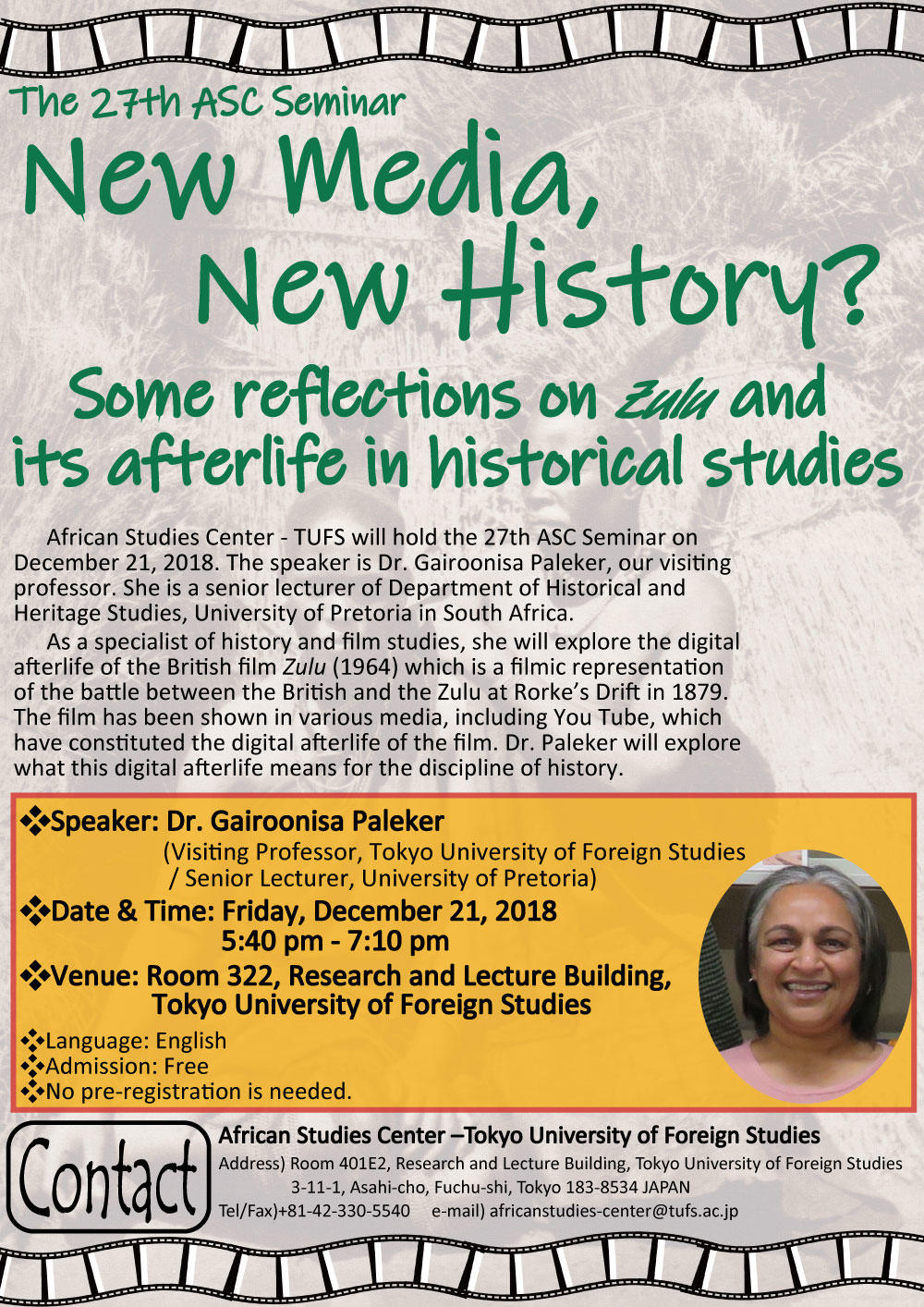 African Studies Center - TUFS will hold the 27th ASC Seminar onDecember 21, 2018. The speaker is Dr. Gairoonisa Paleker, our visiting professor. She is a senior lecturer of Department of Historical and Heritage Studies, University of Pretoria in South Africa.

◆Title: New Media, New History?: Some reflections on Zulu and its afterlife in historical studies

◆Abstract:
This presentation explores the digital afterlife of the British film Zulu (1964) which is a filmic representation of the battle between the British and the Zulu at Rorke's Drift in 1879; in particular the article, on which this presentation is based, seeks to engage with what this digital afterlife means for the discipline of history more broadly, but more specifically the 'historium sanctum' of the discipline, namely, the archive. Or, following Andrew Hoskins' (2011) borrowing of Chris Anderson's concept of the 'long tail', this article considers the ways in which new digital media revitalise and repackage the past for consumption by a new category of 'prosumers' (Hoskins, 2011). The long tail and digital afterlife of the film is constituted through periodic public screenings of the film in British cinemas, on British television, by military enthusiast and fans of the film such as Henry Coleman who set up zulufilmstore.com, a website dedicated to the film. Apart from these, YouTube is another significant contributor to the film's afterlife. While YouTube does not provide access to the film in its entirety, it provides several clips and the ubiquitous comments from visitors. Collectively, these are the primary sources of this research and thus, the digital archive comprised of both 'specialist' knowledge and information as well as 'popular' commentary and opinions. Within this framing, the article is an exploratory engagement with the concept of the digital archive, public and professional history and its implication for the discipline of history.

◆No pre-registration is needed.