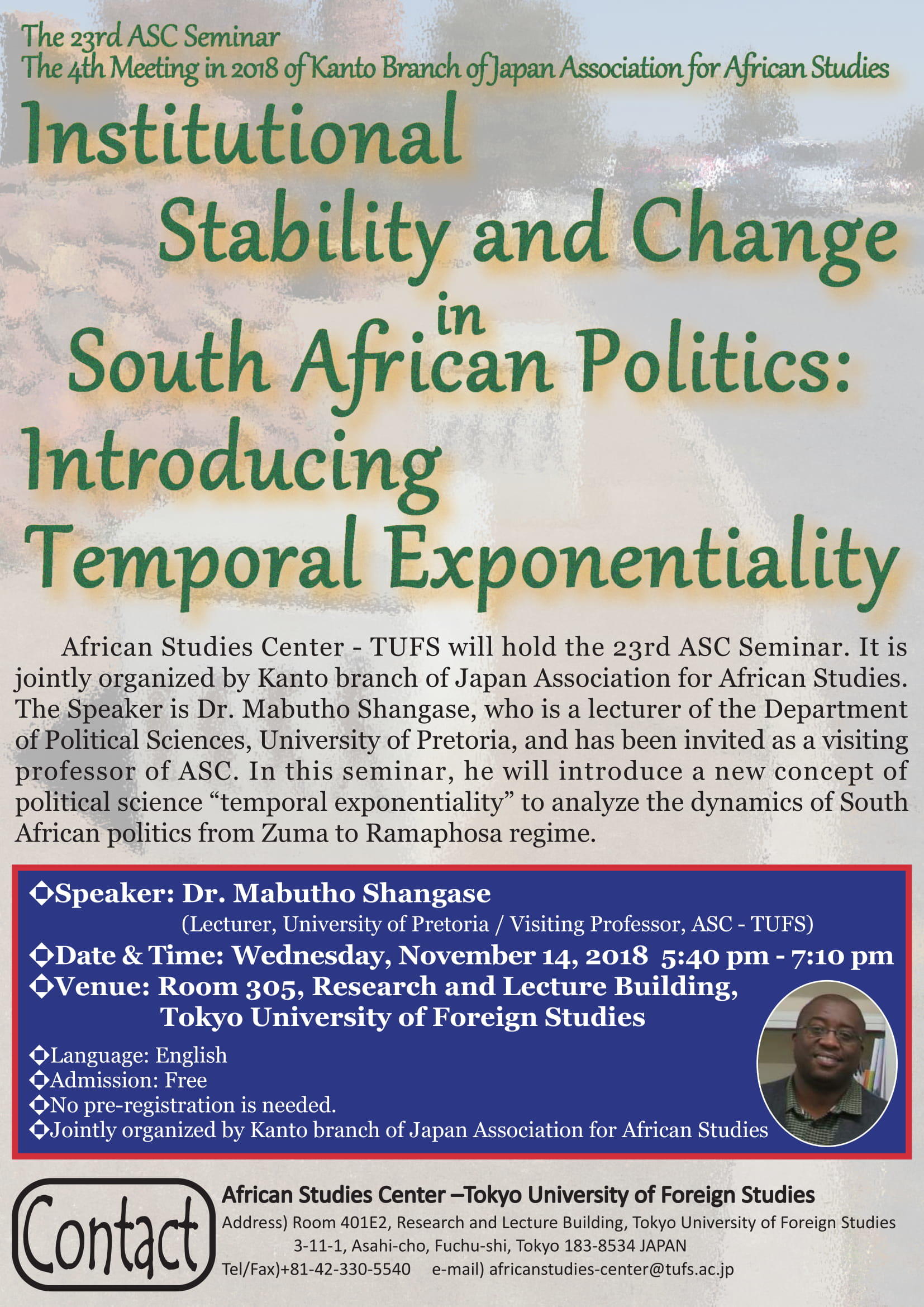 African Studies Center - TUFS will hold the 23rd ASC Seminar. It is jointly organized by Kanto branch of Japan Association for African Studies. The Speaker is Dr. Mabutho Shangase, who is a lecturer of the Department of Political Sciences, University of Pretoria, and has been invited as a visiting professor of ASC. In this seminar, he will introduce a new concept of political science "temporal exponentiality" to analyze the dynamics of South African politics from Zuma to Ramaphosa regime.

◆No pre-registration is needed.