【The 48th ASC Seminar】South Sudan NOW!: Some Thought on Peace in South Sudan of Today and Beyond 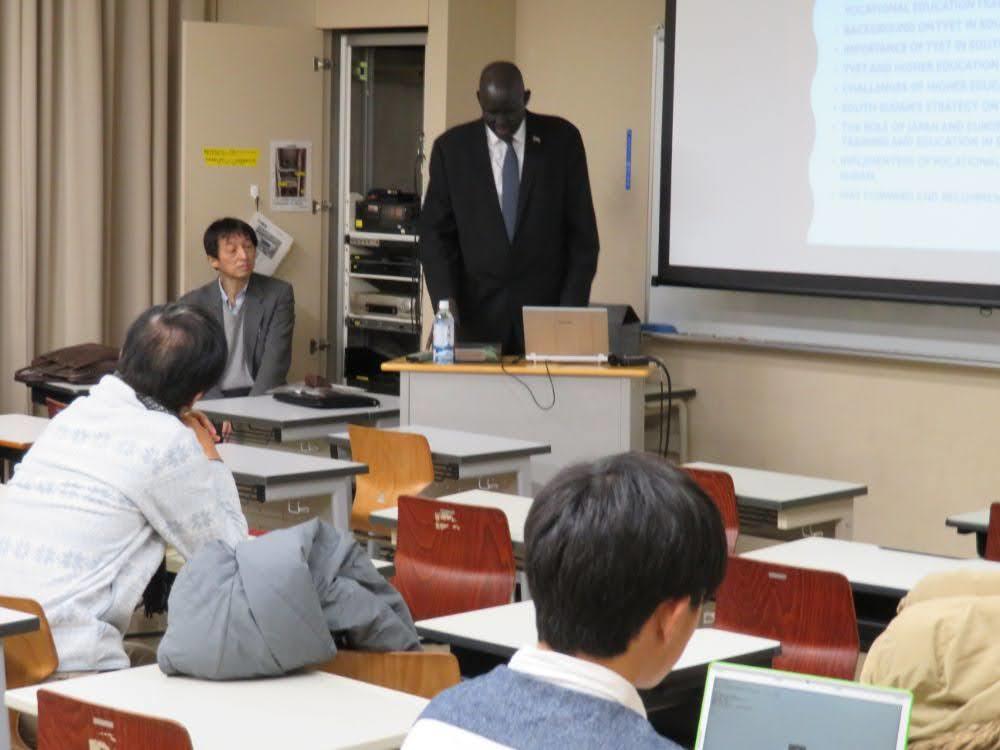 The Honorable Minister, Yien Oral Lam Tut, during his public lecture at the 48th African Studies Center Seminar, informed the audience that he was extremely delighted to visit Japan for the first time and to be given the opportunity to talk about the status of technical and vocational education training and higher education in the Republic of South Sudan. He said following the independence of South Sudan, there has been a high demand for the establishment of an equitable higher education and TEVT since 2011. The minister noted that when he took up duty in 2016, the entire higher learning institutions were confronted with several challenges that were created by many aspects, such as insecurity, economic crisis, low salary for workforce, insufficient annual budget, poor parental support, lack of teaching equipment and facilities, and lack of national and international support.

To overcome these challenges, the minister asserted that they decided to apply different modalities as solution mechanism which included lobbying the international community and signing of numerous memoranda of understanding with various countries and have successfully managed to review the previous existing agreement in the field of higher education to favor the people of South Sudan. The minister, on behalf of his government, expressed his delight to all those countries, regional, and multilateral intergovernmental organizations that have been assisting them with their development challenges, and particularly emphasized the need for more assistance of scholarship for the young students.

The speaker affirmed that they have also thought of reviewing and adjusting unifying salary structure for higher learning institutions' employees which has been positively approved by the cabinet with strong support of the president, and it is now undergoing technical financial and implementation procedures within the context of 2019/2020 fiscal year budget. He explained to the audience that this effort has resulted into the resumption and returned of over eighty academic staff to class room, retain current workforce, create conducive environment, and has currently promoted competitive higher education. He also stated that, in 2019, they have launched in Malakal breaking ground ceremony for reconstructing and rehabilitation of Upper Nile University, leading to its repatriation from Juba to Malakal in March 2020. He said the project is implemented by UNDP and funded by the Japanese government.