We had Sakaki Mango's Special Concert 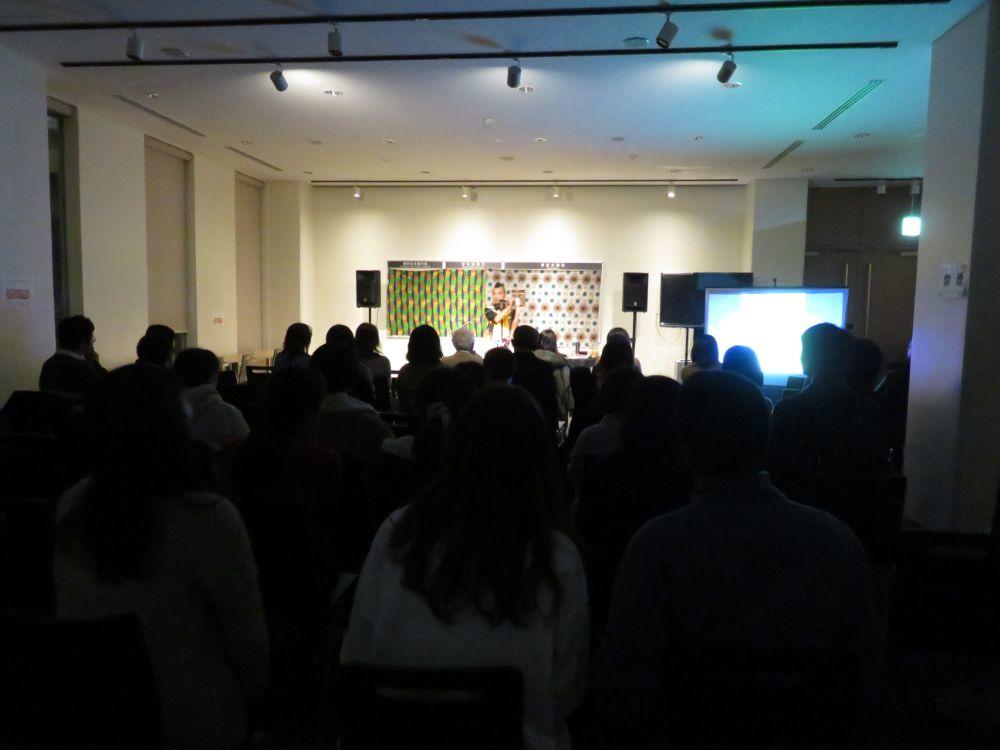 African Weeks 2019 held a concert, inviting Mr. Sakaki Mango, a Thumb Piano Player. Many audience, including students and researchers, as well as people from outside of TUFS and students from African countries, joined the concert and enjoyed Mr. Sakaki Mango's distinctive music and humorous speech.

Mr. Sakaki Mango used music instruments from African countries and from South Kyushu, his hometown, and played famous African music and his original music. Although he was the only player in the concert, he used some digital equipments to enhance, repeat, or edit sounds he was playing there, which made his music as if there were several or a dozen players or singers. His original musics gave us such feelings as if we were standing in the midst of African town, as if we were flying the sky, or as if we were floating in our imaginary world. He also showed us some pictures and movies that he took or shoot when he visited African countries as field trips. In the photos or the movies, African people including kids play their bricolage instruments. 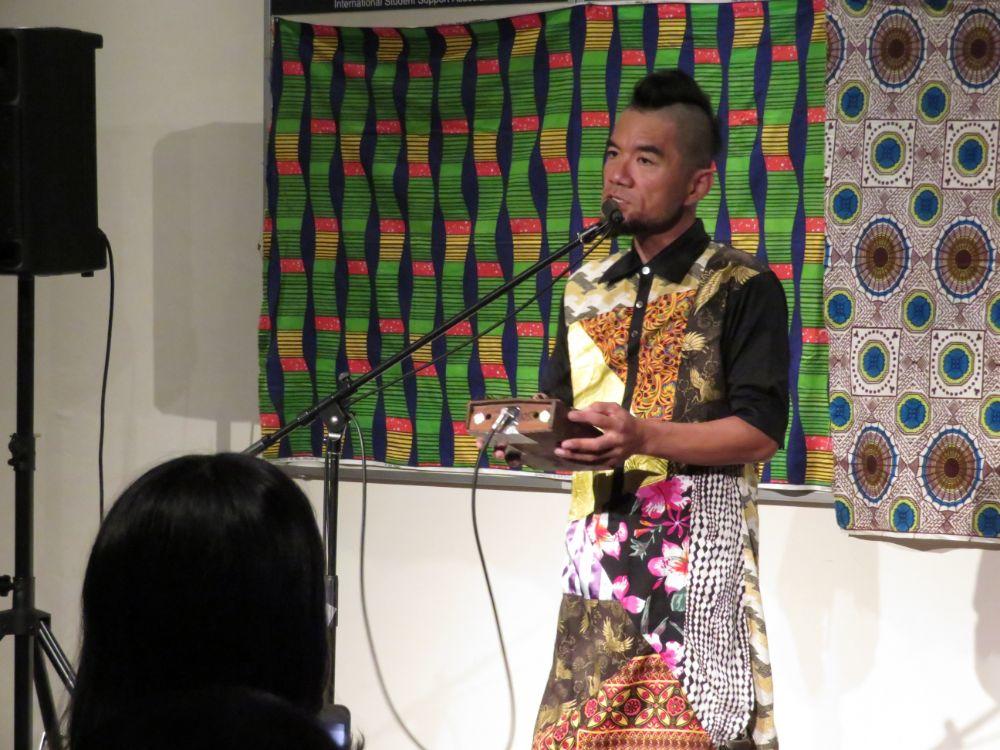 Even though we call that huge continent in one word, Africa, there are more than 50 countries and countless languages and ethnic groups. Japan is geographically far from the continent, we don't have many chances to experience its charms. In the concert, Mr. Sakaki Mango introduced us his experience at African countries and various music instruments he got there, which eventually showed us the diversity of "Africa". Besides, since he sometimes encourage us to sing or be a part of his music, we could experience a small part of "Africa". Thanks to Mr. Sakaki Mango, the audience could know and experience "Africa That You May Not Know", the catchphrase of African Weeks 2019, with our hearts and bodies.