【The 40th ASC Seminar】Death as the Giver of Prestige in Cameroon: An Ethno-analysis of Contemporary Funerary Rituals in Africa

Theme: Death as the Giver of Prestige in Cameroon: An Ethno-analysis of Contemporary Funerary Rituals in Africa 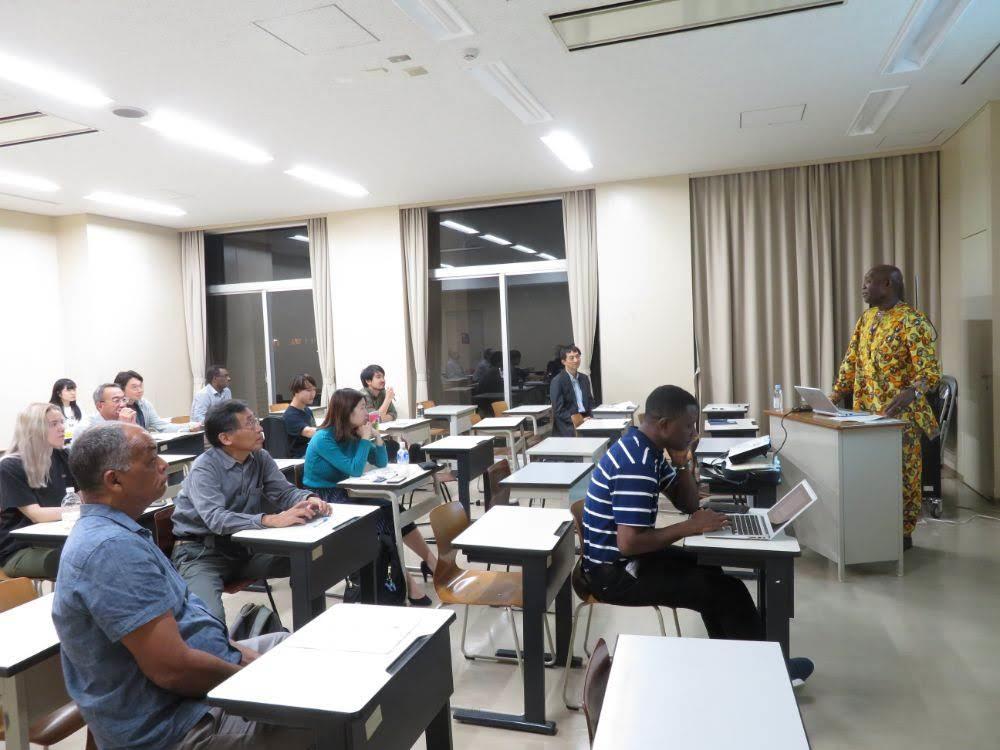 Professor Luc Mebenga Tamba, of the University of Yaoundé I, Faculty of Arts, Letters and Social Sciences, on October 10, 2019, delivered an intriguing lecture at the African Studies Center 40th Seminar, on the titled, "Death as the Giver of Prestige in Cameroon: An Ethno-Analysis of Contemporary Funerals in Africa." Professor Tamba informed the audience that, in the African philosophy, deceased are actually not considered as dead, but are part of human existence who regularly intervenes in everyday life, and that death is also considered as a change of state and a passage to a better world.

Citing Beti-Bulu urban setting in Cameroon, Professor Tamba outlined some of the processes often associated with funeral rites of passage of the dead, which begins with public proclamation through numerous traditional and modern channels of communication; toileting of the mortal remains to rid the body off the stain, placement of the deceased remains at the mortuary for preservation, lifting of the deceased remains to the family, evening meditation at the deceased home, and eventually followed by burial ceremonies and after burial rites etc.

Professor argues that the holisticity of social prestige of death as an object among the Beti-BuLu takes different shapes. At the political level, the prestige is seen through the publication of the identities of the different members of the family, and by so doing, the socio-political authority of family members is affirmed. At the religious level, the family of the mourning, he argues, are more honored by the rank and title of the celebrants of the burial cuts, whilst, at the linguistic level, he maintains that the oratorical contests held during the mourning ceremonies give the opportunity to highlight the oratory art of the socio-cultures of the African Negroes. In conclusion, professor asserted that death is that of the living who are in charge of giving the deceased a tribute worthy of his social rank, and that death is the moment when the living shows that they exist and thus express, not only their attachment to the dead, but also to the values of their terroir.