This year marks the 50th anniversary of the establishment of diplomatic relations between Bahrain and Japan. To commemorate the occasion, the first Arabic speech contest in Japan (organized by the Embassy of Bahrain in Japan and co-sponsored by TUFS) was held on Sunday, June 12, and TUFS students majoring in Arabic also participated. The Ambassador expressed his gratitude for the University's cooperation in the contest and presented the students with a commemorative gift.

It is hoped that this visit will strengthen the ties between the Embassy of Bahrain in Japan and TUFS. 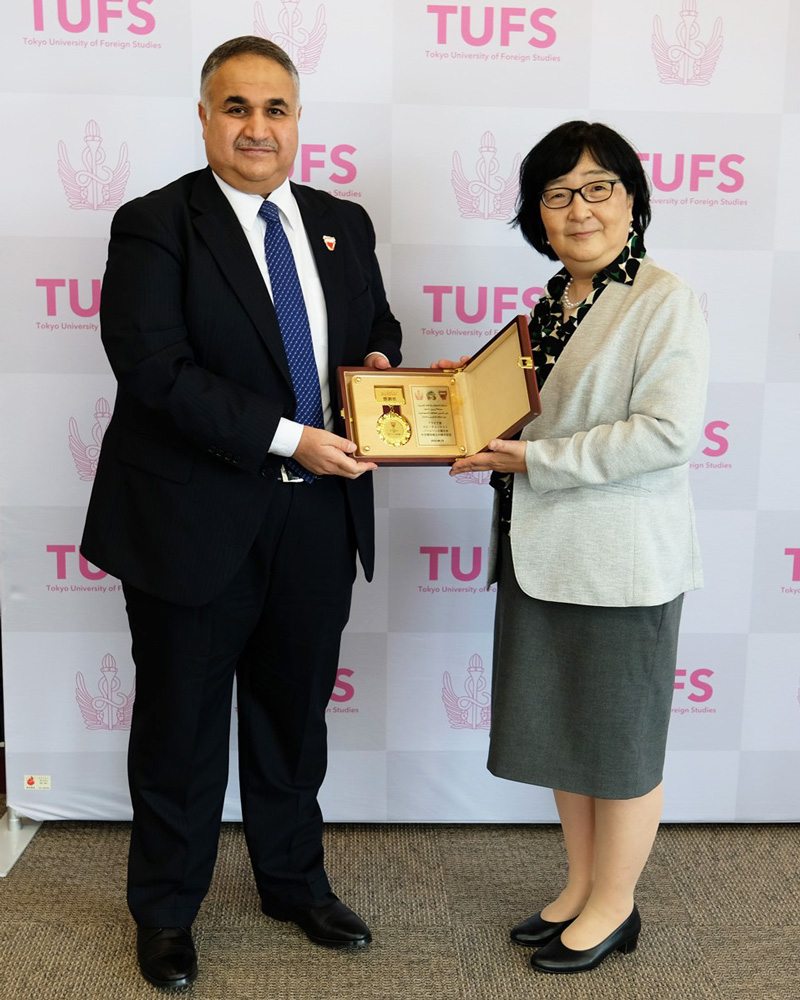