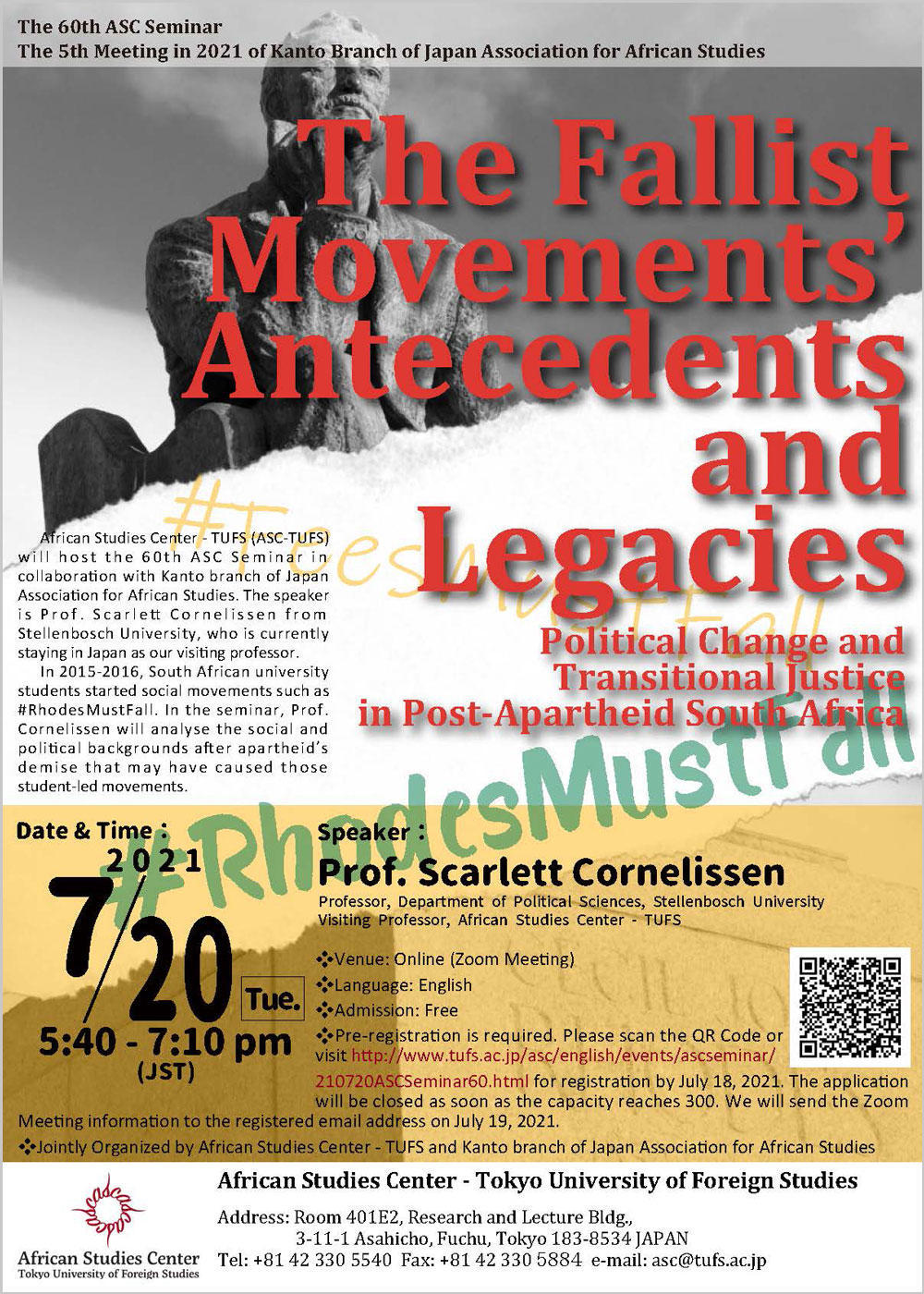 African Studies Center - TUFS (ASC-TUFS) will host the 60th ASC Seminar in collaboration with Kanto branch of Japan Association for African Studies. The speaker is Prof. Scarlett Cornelissen from Stellenbosch University, who is currently staying in Japan as our visiting professor.

In 2015-2016, South African university students started social movements such as #RhodesMustFall. In the seminar, Prof. Cornelissen will analyse the social and political backgrounds after apartheid's demise that may have caused those student-led movements.

◆Abstract: In 2016, uprisings across South African university campuses, such as the #RhodesMustFall and #FeesMustFall protests, were largely interpreted in relation to the sets of demands they featured, that is as student-led movements for equitable access to education and for the general reform of the university system. There were elements to the Fallist movements, however - the call for substantive racial transformation and 'internal decolonisation' amongst others - that suggested that the movements represented a broader push for systemic political change. What drove this and what does it imply for the path that lies ahead for South Africa? This talk deals with this question by reflecting on the power-share arrangements and political configurations that arose out of the negotiated settlement of the 1990s and gave constitutive form to the country over the past 27 years. A central theme is that the recent social movements must be read as episodes in a long era of political transition. The movements not only reflect dissonance with the consensus that was forged with apartheid's demise, but are expressions of deeper-lying fragmentation. Yet what are the costs of upending the choices that were made 27 years ago, particularly considering the debates regarding post-apartheid justice that framed those choices?

◆Pre-registration is required. Please visit here for registration by July 18, 2021. The application will be closed as soon as the capacity reaches 300. We will send the Zoom Meeting information to the registered email address on July 19, 2021.

The 60th ASC seminar was held online on schedule. There were 48 participants who join the seminar.

Prof. Scarlett gave her presentation on 'the Fallist movement' in South Africa, being followed by lively discussion among Japanese and African scholars. 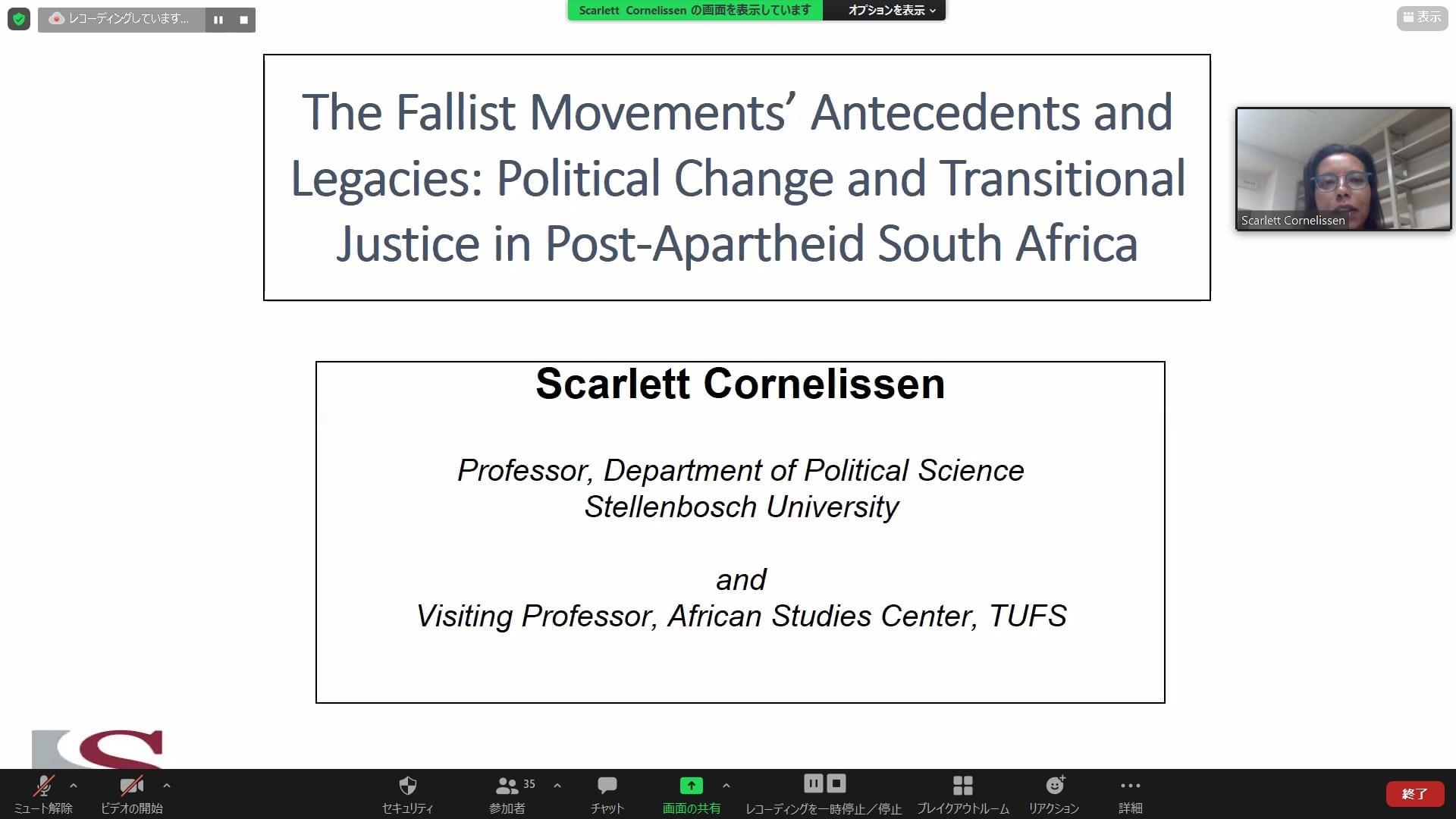