Dr. Chitonge had a presentation at the academic seminar in Kyoto as below. The seminar was jointly sponsored by Center for African Area Studies, Kyoto University and African Studies Centre - Tokyo University of Foreign Studies.

◆Title: Land Restitution in South Africa: The Post-settlement Dynamics and the Re-opening of Land Claims

◆Abstract:
The South African Government, re-opened the lodgement of land restitution claims in 2014, marking the beginning of phase II of the land restitution programme. The lodgement of land claims for Phase I began in 1994 and closed at the end of 1998. But there has been widespread scepticism about the re-opening of the claims, with critics citing the fact that many rural claims (20 952 claims, representing 25% of the total) which were lodged during the first Phase have actually not yet been settled, and that, even those which have been settled, in over 50% of the settled claims, land has not been formally transferred. While the media and other commentators have focused on questioning the reasoning behind the re-opening of the land claims, little attention has been given to what happens after the land claim is successfully settled. This paper examines the post-settlement dynamics, especially settlement claims involving the restoration of land. The paper argues that there are many challenges facing claimants post-settlement, and most of these challenges relate to the process of settling the claims. The paper draws from a study conducted in the Eastern Cape Province in 2014. 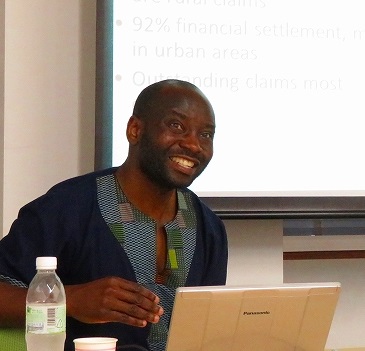